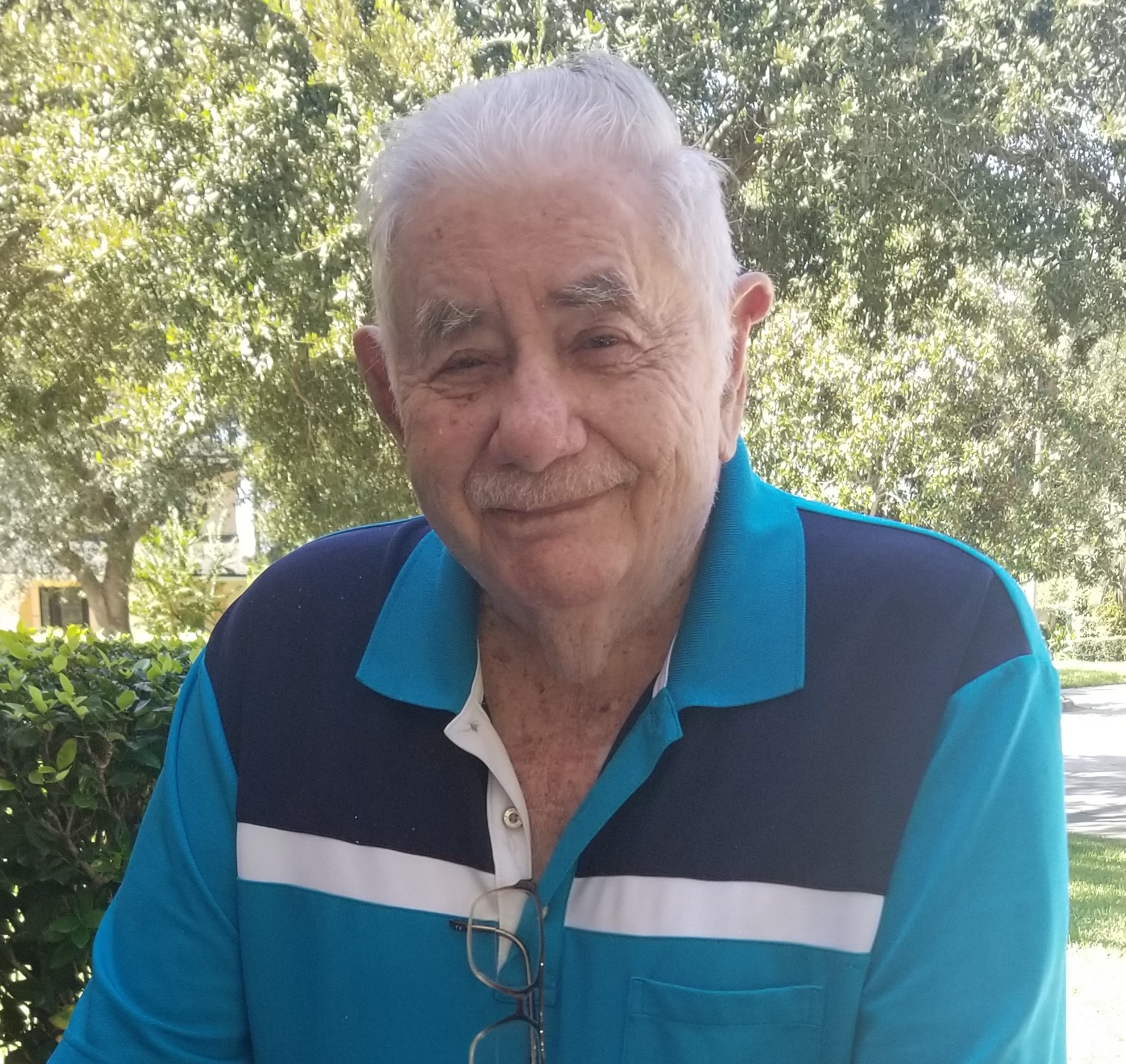 Born in Miami in 1930 during the Golden Era of South Florida, Reuben was the 7th child of Ben and Bessie Serkin, both immigrants from Russia.  He grew up in a loving extended family, with 5 brothers and a sister.  Family had also settled in Nashville, Tennessee, and frequently, summers were spent there with cousins playing on the grounds of Centennial Park.  An excellent student, Reuben graduated Miami Edison High with honors.  He followed his older brothers into the military, training in the Miami area with the Air Force.  He also attended University of Miami for one year before electing to join the family business – an army surplus store.

Reuben’s father had been a savvy entrepreneur, founding the first army surplus store to give his sons a livelihood.  The thriving business grew to 7 stores across South Florida and Reuben managed the Toy and Hardware departments.  He traveled annually to Toy Fair in Manhattan as a toy buyer.  Years later, the brothers went their separate ways, and Reuben started a business as a sales rep, later, an executive in a paint corporation, and then, a hardware store owner.

As a young adult, Reuben would go to dances at the Y where he met and fell in love with vivacious  “Deedy” Astrofsky, who had moved from Boston to live with her aunt and uncle.  Married in 1954, they settled into a home and welcomed first Sharon, then Debbie, and then Stacy.  The family moved from the Westchester section of Miami to Kendall, for a bigger home, a swimming pool, and a space for Reuben to exercise a favorite hobby, gardening.  A huge backyard garden was cultivated which supplied fresh vegetables for family and friends.  Reuben’s love for fishing and the ocean took the family on trips to the Keys.  They also enjoyed exploring Florida, and together visiting the new Disney World in 1972, as well as heading north to see Deedy’s family in Boston.

Reuben’s sense of humor was a key element of his personality.  Involved with Knights of Pythias, the Optimists Club, and a local bowling league, he also enjoyed playing tennis!  The couple had a strong commitment to giving, and Deedy’s volunteer work with a national children’s charity connected them to a huge network of like-minded Miami couples who socialized over the years, forming many long-lasting friendships.  Those friendships continued even after Reuben and Deedy left Miami for Gainesville, Florida in 1985.  Looking for a quieter town after Miami’s big boom, they settled into a beautiful home and started a small army surplus store.  Later, Reuben worked for a long-admired business, Sam’s Club. In Gainesville, the couple continued their giving spirit, reading to schoolchildren regularly as volunteers and raising funds for St. Jude’s Hospital.  In 1989 they joyfully welcomed their first grandchild, Jake, and traveled to Jacksonville frequently to see him and later attend his soccer games and musical events.

Reuben and Deedy moved to Jacksonville in 2000, coinciding with the birth of Stacy’s and her husband Barry’s twins, Megan and Ben.  Devoted grandparents, they often babysat and later cheered on Ben and Megan at sports and music functions. Walks on the Jacksonville Pier and fried seafood at Mayport were unique experiences in this beach town.  Reuben discovered the Jim Fortuna Senior Center and started to go weekly to the Word class and then to Trivia competitions.  Long a fan of word origins, and a knowledge buff, trivia became a new hobby along with nightly viewings of Jeopardy!!

Reuben is survived by his wife Deedy, daughters Sharon, Debbie, and Stacy (Barry), grandchildren Jake, Megan, and Ben, plus beloved nephews, nieces, and cousins.  His lively quest for knowledge and kind ways will be missed by everyone.

In lieu of flowers the family kindly suggests donations in Reuben's name to the American Cancer Society.

Private family services will be held at Ponte Vedra Valley.