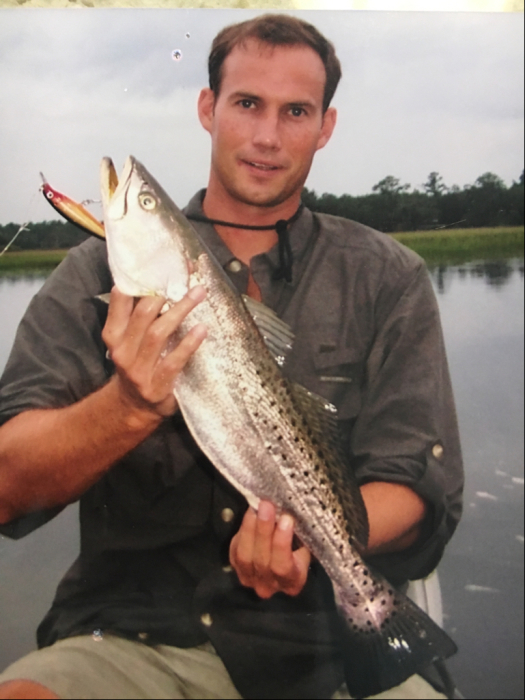 Rhett was born on September 14, 1972, in Tallahassee, FL, to John and Elizabeth Kelly.   He is survived by his mother, Elizabeth; two brothers, Sean (Susan) and Ryan (Kristen); three nephews, JT, Keelan and Rhys; and a niece, Katie.  He was predeceased by his father.

At the age of seven, Rhett moved with his family to Jacksonville, and spent the rest of his life in the area.  He is a graduate of Orange Park High School and the University of North Florida, where he earned a degree in Marketing.  Post-graduation from UNF, Rhett worked in the medical equipment industry, and most recently spent time volunteering at Habitat for Humanity.

Rhett was an avid lover of the outdoors, and was happiest when surfing, fishing, or playing basketball.   A lifelong fan of FSU football, Rhett spent many Saturdays glued to the TV watching his beloved ‘Noles with his family.  Rhett also had a special place in his heart for all animals, and particularly enjoyed spending time with his pet Great Danes.

In addition, Rhett was adored by his nephews and niece, as well as his friends’ children.  He spent countless hours teaching them how to fish, surf and play sports, while always ready to drop what he was doing and play with them.  He attended as many of their games and activities as possible, and was an incredibly proud uncle.

The family will receive visitors and celebrate Rhett’s life on Saturday, March 30 from 2 to 3 PM at Ponte Vedra Valley Funeral Home.