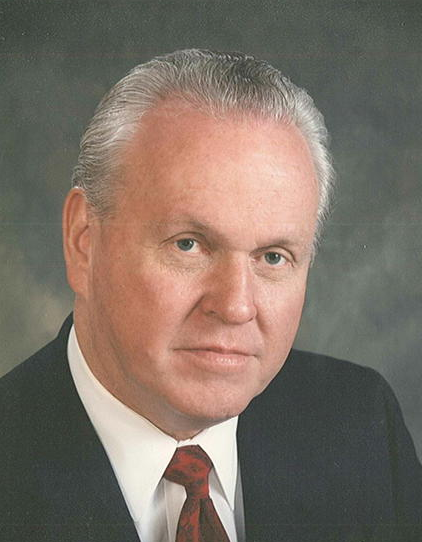 Richard A. Maxwell, 88, passed away on September 28, 2016, at his home in St. Augustine, FL.  He was born on October 7, 1927, in Hastings on the Hudson, NY, to Richard Meade and Frances Maxwell. He grew up with his sister, Jean, in Hicksville, Long Island.  He was a Navy veteran of World War II and the Korean conflict.

Dick graduated from Seton Hall University with a BS degree and later received his MBA from New York University.  He also completed the Harvard University program for management development.

After retiring, Dick moved to Ponte Vedra Beach, FL, and joined the Sawgrass Country Club, where he has been a member ever since.  Dick was a faithful member of Our Lady Star of the Sea Catholic Church and he volunteered at the St. Johns County Sheriff Department for many years.

All who knew Dick couldn't help but be impressed by his love for his family as well as his wisdom and integrity.  He also had an uncanny ability to draw people in through his stories about the Navy, the insurance industry, and every day family life.

A Memorial Mass will be celebrated at 11:00 AM on Friday, October 14, at Our Lady Star of the Sea Catholic Church in Ponte Vedra Beach, FL.  In lieu of flowers donations may be made to Community Hospice of Northeast Florida.