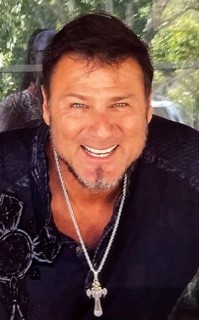 Robert Hartmann Battistic was born on October 12, 1962 to Charlotte Hartmann Battistic and Charles Battistic in Daytona Beach, Florida.  Raised in Frankfurt, Germany for the first 7 years of his life, he had to learn to speak, read and write the English language upon his return to the United States.  Once back in Daytona Beach, he lived with his father and two brothers, Rudolph Battistic and Frederick “Karl” Battistic, for much of the time as well as at the Florida Sheriff Boys Ranch in Live Oak, Florida, and other foster families in the Daytona Beach area.  Robert often spoke fondly of his time at the Florida Sheriff Boys Ranch at which he excelled both socially and in personal development.

Upon graduation from Sea Breeze High School in Daytona Beach, Robert was off to the Navy for the beginning of his 20-year naval career in helicopter search and rescue.  He was able to travel to many parts of the world and was stationed in Japan, Hawaii and finally Jacksonville, Florida where he retired in April 2001.

Prior to retiring, Robert married Kimberly Owens with whom he had he first son, Austin Robert Battistic, on July 23, 1997.

After retiring from the Navy, Robert was just getting started and began accumulating real estate and starting many business and restaurants, to include Milano’s and Two Dudes Fresh Seafood.  Many in the Jacksonville community knew Robert and he made an impact on so many lives.

In 2003, Robert married Melva Hernandez and they had two children together, Mia Angelina Battistic, born May 10, 2006, and Julian Lawrence Battistic, born February 3, 2009.

Robert’s remaining years were spent maintaining his rental properties, traveling and spending time with his children.  He was a devoted father and husband and lived his life wanting others to laugh, smile and celebrate life.

A funeral service with military honors will be held at Ponte Vedra Valley, Friday, March 11, 2022, 1 pm. Funeral Services will be Livestreamed directly below this obituary, beginning approximately ten minutes before the service.