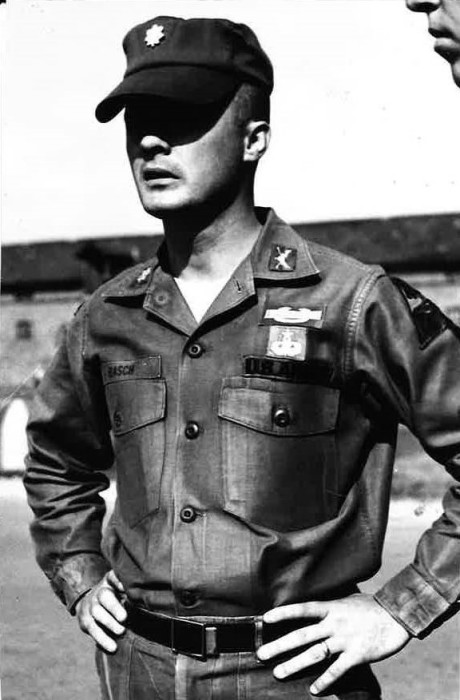 Robert Alan Rasch (Bob), born May 24, 1939, passed peacefully on October 26, 2018, at the age of 79.  Bob was first and foremost a Soldier who loved his Nation, his family and his Army.  He always had a way of making people laugh and had a keen sense of how to inspire young people to accomplish their best, even under the most challenging circumstances.

Bob was born in Buffalo, NY and was raised in Connersville, IN where he completed High School before enlisting in the United States Army.  He later attended Officer Candidate School and became an Officer in the Army where he served for almost 24 years of Active Service, achieving the rank of Lieutenant Colonel and having received the Bronze Star with “V” Device for his service in Vietnam with the 1st Special Forces Group.  Bob met and married Edith Kite in Columbus, GA early in his service, and they initially retired in Columbus, GA where he continued to serve the Nation by instructing Junior ROTC at Spencer and Jordan High Schools for 19 years.  It is during this time that Bob left his true legacy for our Nation, as he shaped the lives of hundreds of young people and helped them forge paths as good citizens and leaders in their communities and for the Nation.  His contributions will impact numerous generations to come.

Bob and Edie moved to Ponte Vedra, FL, their final retirement home, in 2007 to be closer to family.

We were blessed to have him in our lives, and he will forever be in our hearts.

Funeral services will be held Friday, November 2, 2018 at 10:30 a.m. in the chapel of Ponte Vedra Valley Funeral Home, followed by interment at the Jacksonville National Cemetery at 1:00 p.m.  In lieu of flowers, the family requests you honor Bob with a donation to the Alzheimer’s Association (https://www.alz.org).