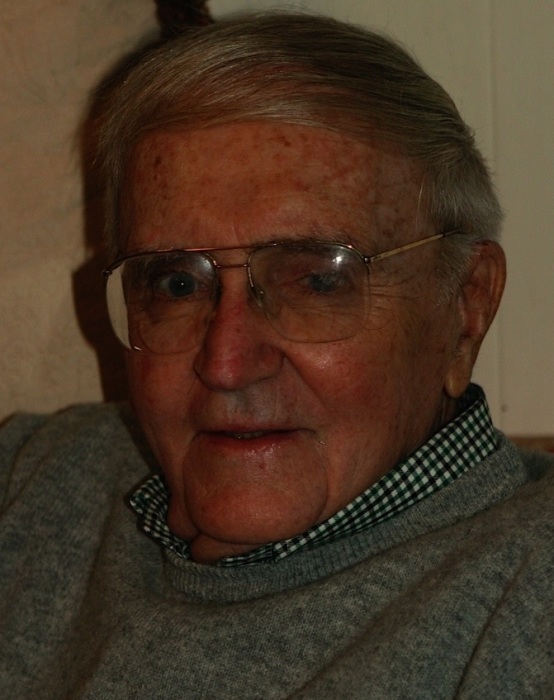 Robert Fitzpatrick, 96, died Thursday, February 25, 2016, at the Baptist Heart Hospital in Jacksonville, FL.  He was born on November 30, 1919, in Schenectady, New York to Ed and Gertrude (Dunphy) Fitzpatrick.  He attended Niskayuna High School and graduated from Union College in New York with a BA in 1942.  While enduring the Great Depression, he worked at General Electric throughout high school and college to support his family. This high school job developed into a forty plus year career at GE in marketing as a National Sales Manager.

He married the love of his life, Virginia Wheeler, while in the Army in 1944 during World War II.  Bob also served in the Korean War and soon after was delighted to welcome five children into the family while they lived in New York, Massachusetts and Connecticut.  His family was most important to him, but he also enjoyed golf and tennis and cheering for his Red Sox.  His most favorite trip was a family reunion in Ireland where he enjoyed rounds of golf with his sons and sightseeing with the whole family while listening to Irish music.  Bob had a sharp wit and was captivated by Irish humor and often times recited Irish jokes.  He also expressed himself beautifully in the written English language whether it was for business or personal use and thought it was of great importance to educate his children in its proper use.  Bob prided himself on keeping up with technological advances and could often be found sending messages and pictures via his iPhone and laptop or reading on his Kindle.

A Mass of Christian burial will be at 2 PM, Friday, March 4, at Our Lady Star of the Sea in Ponte Vedra Beach.  A memorial service for Bob will be held in his hometown of Newington, CT in the spring.  In lieu of flowers, donations may be made to: Operation Homefront, 21 Franklin Street, Suite 2, Quincy, MA  02169 or online at operationhomefront.net  or Belle Burrington Farmers State Bank, 103 Main Street Victor, MT 59875, Attention Jim and Mary Hileman Living Library.