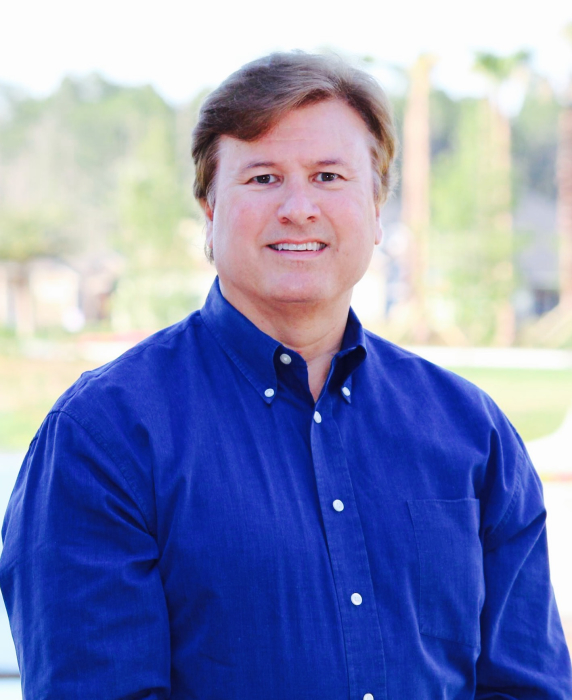 Rob Hamby, devoted husband and father, beloved son, brother, uncle and stalwart in the Northeast Florida residential construction industry, went to be with his Lord and Savior, Jesus Christ, on July 26th, 2016 at the age of 53. Rob, a highly active and passionate cyclist, died of cardiac arrest during an extended hospital stay for injuries and a stroke following a tragic cycling accident June 8th, 2016.

Rob was a third-generation native of Jacksonville, FL, who grew up in Orange Park, FL and lived the past 16 years in Ponte Vedra Beach, FL. He was an athlete who ran cross country in high school. In addition to running and cycling, his passions also included scuba diving, playing guitar, Florida Gator Football and most of all, spending time with his family.

Rob was an accomplished homebuilding executive who helped build thousands of homes and and many neighborhoods throughout Northeast Florida during his lifetime. He began his career in the construction industry at the age of 18 with Panitz Homes. Rob would later advance to Superintendent; VP of Construction; and Executive Vice President / Chief Operations Officer for the company, which went public during Rob’s tenure- the first local homebuilding company in Northeast Florida to do so. Following the acquisition, Rob would go on to serve as VP of Operations for the North Florida Division of Beazer Homes (the acquiring company) for nearly a decade.

In 2001, Rob left Beazer to go into private business as President and Managing Partner of Panitz Signature Homes, where he enjoyed success for over 6 years. He most recently served as Director of Construction Operations for The Pineapple Corporation, a North Florida-based luxury custom home builder.

Rob was known for his genuine kindheartedness, strong love for family and friends, and passion for living. He was a source of inspiration for many for his persevering “never quit” character, having triumphed over some incredible health and business challenges during his lifetime.

In 2007, following years of success, Rob’s homebuilding closed due to impacts suffered as a result of the housing market crash. In the midst of his career transition, Rob also suffered a major stroke due to the spontaneous dissection of a major artery in his neck that he was not expected to survive. Following three weeks in ICU at Mayo Clinic and months of aggressive rehabilitation, Rob not only regained his ability to walk, run (completing his favorite race, The Gate River Run) and cycle, but also earned his MBA, all while working full-time. Rob eventually found his way back into the homebuilding industry he loved, and enjoyed a full return to health.

Even among his life’s many prodigious accomplishments, none are more inspiring than Rob’s success as a husband and father. Rob was blessed to be married for 28 years to his high school sweetheart, Amy (Haiduk) Hamby, who was at his side the day he passed. Rob and Amy seemed truly made for one another and from the day they met, they were inseparable.

Rob and Amy have raised three remarkable daughters, where all of the very best of Rob’s physical qualities, values and beliefs live on vibrantly: Madison-17, Abby-13 and Caroline-11. All three of their children are honor students who have been recognized by their various schools for their character, academics and perseverance. Rob had recently shared with his family members that if the Lord decided to take him “tomorrow”, that he would have considered his life “fulfilled”. He said he believed he was put on earth to be a husband and father, and that he had succeeded in that role. His family is a testament to his mission, accomplished.

Rob is also survived by his mother and rock of his life, Sandra (McKnight) Panitz and stepfather, Lee Panitz; father Clayton Hamby; brothers, David Hamby, and Tim Hamby and his wife, Gretchen (Chapman) Hamby and their children, Kendall and Kaelyn; his Father and Mother-in-law, Fred and Barbara (Gallagher) Haiduk; Brother-in-laws, Adam Haiduk, and Matt Haiduk and his wife Vanessa (Doan) Haiduk and their children, Melania, Carter and London; Sister-in-law, Sara (Haiduk) Parrish and her husband Steve Parish, and their children Sophie and Sadie Grace; and many other beloved extended family members. Robert Drawdy and Coach Ken Taylor were also special influences in Rob’s life.

Thank you God for giving us Rob, and our time with him.