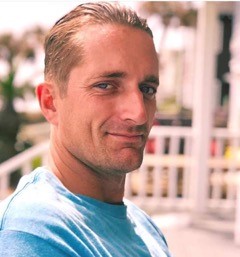 Robert “Bubba” Augustus Hardee passed away unexpectedly on July 29, 2020. A kind and loving heart stopped beating. Robert put his faith in Jesus and was called home.

He was born in Jacksonville, Florida, on March 3, 1987. Robert was an amazing baseball player. Starting with local T-ball to organized travel ball with Beach Boys. His dad, Gus coached the team.  Bubba attended Providence High School and was on the baseball team when they won the State Championship in 2003. He finished his senior year at Fletcher playing on the varsity team. Robert received a baseball scholarship to David Lipscomb in Nashville.  Playing in the Blue Grey National Championship he was named Most Valuable Player.  Bubba received his Medical Assistant degree from Sanford Brown.

He started a local lawn care business, Beach Boys Lawn Care for the Beaches.  Later that turned into Beaches Firewood once he joined his dad in that business.  He loved fishing on the Lonesome Dove with his dad, and fishing with friends at the beach. Music was a passion of his, as was playing with his beloved dogs, Missy and Pieces. Robert was so proud of his son, Liam, and loved time he spent with him. Also, he loved spending time with Keith and Piper Rose.

Robert was a loving son who was always loyal to parents, family, and friends.  His passing has left grief to his family and host of friends.

A celebration of his life will be held in the spring.