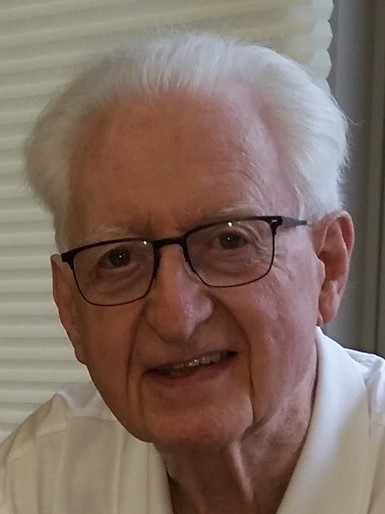 Robert (Bob) Connors lived his early years in Buffalo spending summers in Waltham, MA with his grandparents and aunts in the home his grandfather built. Following graduation from Bennett High School in Buffalo, Bob again returned to Waltham to attend and graduate from the Massachusetts Institute of Technology (MIT). In 1952, he married his high school sweetheart and love of his life, Virginia (Ginny). Bob began his career in the textiles industry including working for Van Raalte as a Plant Engineer in Saratoga Springs, NY. During this time, he obtained a Master’s Degree in Engineering Sciences from Rensselaer Polytechnic Institute. Bob progressed through the ranks and retired from VF Corporation as a Board member and SVP of Worldwide Engineering and Manufacturing. Bob and Ginny retired to Boca Raton, FL where Bob continued working as a Professional Engineer (PE) and also ventured into the commercial real estate industry obtaining his broker’s license. Bob and Ginny then relocated to Ponte Vedra Beach, FL and then Acworth, GA to be closer to family. He maintained his PE license in 38 states and continued to work as a Professional Engineer until his passing.

Over the years Bob enjoyed traveling the world with Ginny, boating on Long Island Sound, planning for and taking cruises, fine dining and a nice glass of wine; but most of all Bob enjoyed time with his family. He was a fun, patient, generous and an unfailingly kind father, grandfather and great-grandfather.

There will be a Private Family Memorial Service at Ponte Vedra Valley Funeral Home on July 31, 2021. In lieu of flowers, contributions in Robert’s memory may be made to the Alzheimer’s Association at https://www.alz.org or American Cancer Society at https://www.cancer.org.