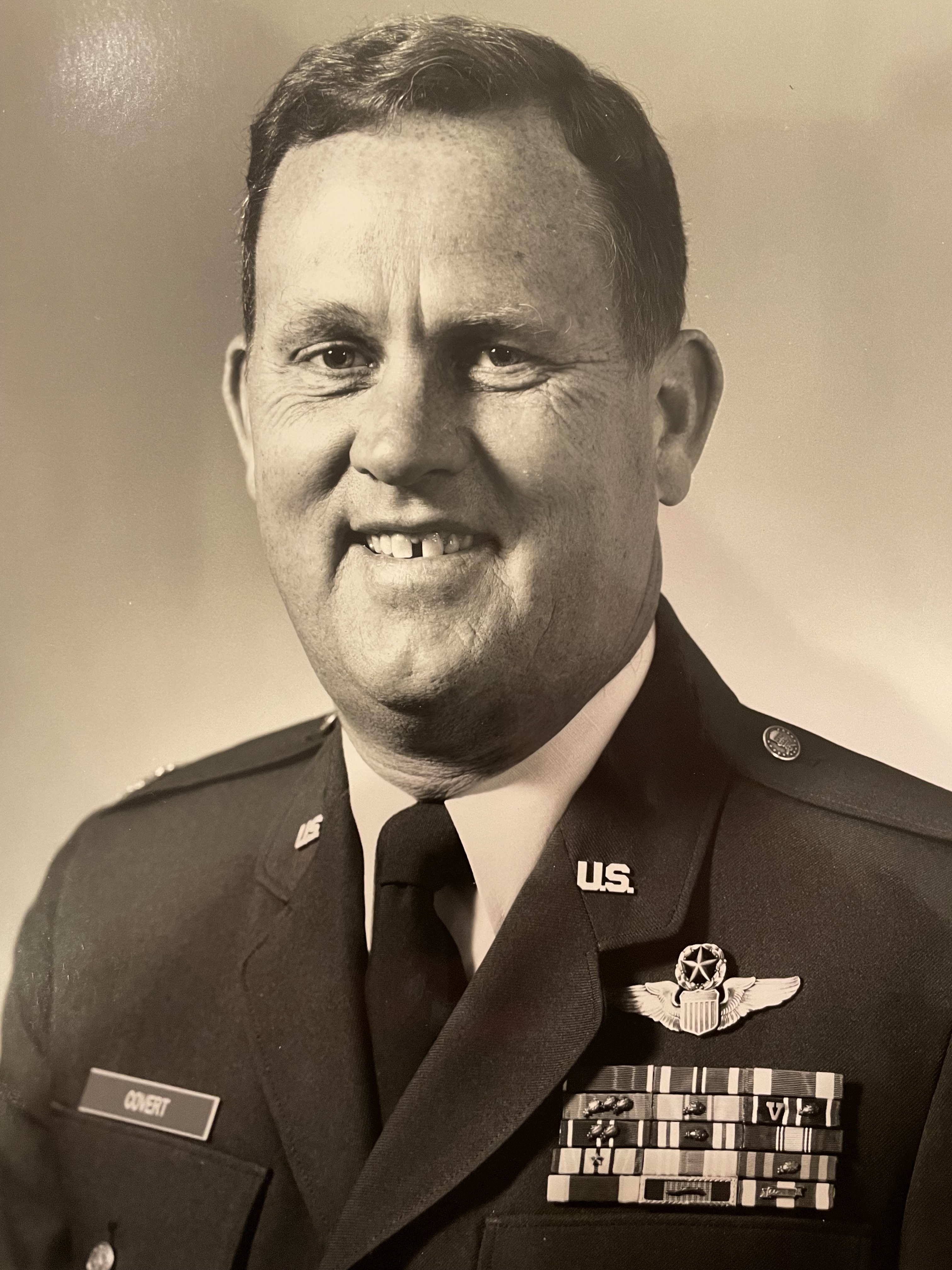 Colonel Ronny Cranson Covert, USAF(R), of Ponte Vedra, Florida passed away at home on January 21, 2022 at age 86, following a long illness.  Col. Covert is survived by Jean, his loving wife of 32 years; his children: Robert of Seattle WA, Cherie (Brian) Parks of Los Angeles CA, Kellie Nace of Fairlawn OH, and Charlie (Laura) of Kiawah Island SC.  He is also survived by his brother, Wayne (Doris) of Columbia SC as well as ten grandchildren (Anders, Ronald, Olivia, Mary, and Elizabeth Covert, James and Nikki Nace, Jennifer Bakulin, Sage and Caroline Parks) and 5 great-grandchildren (Olivia and Ashley Covert, Madelyn Normann, Allison and Graham Bakulin).  He was preceded in death by his parents, Wayne and Vera Covert of Charleston SC.

Ron graduated from the University of South Carolina in 1959 and entered Air Force pilot training shortly afterwards.  He flew (250) B-52 combat missions during the war in Vietnam.  Following the war, he was assigned to the initial cadre of FB-111 pilots and flew that aircraft for ten years.  He then became the Base Commander at Kadena AB in Okinawa, Japan, as well as at March AFB in Riverside, CA.

During his Air Force career, Ron completed his graduate studies at Plattsburg State University and UCLA.  He embarked on a successful post-miliary career as an executive director of several different assisted living and skilled nursing facilities.

Ron was known as a very friendly and warm person who loved to have a good time.  He enjoyed history, woodworking, landscape painting, golf and skiing.  He will be greatly missed and fondly remembered by his family and friends.

Burial services will be held at Arlington National Cemetery.

In lieu of flowers donations may be made to the Wounded Warriors Project.