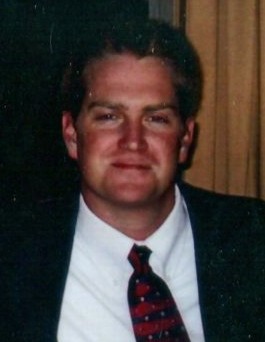 Scott Matthew Perry, 41, passed unexpectedly from this life to the next on Friday evening, July 20, 2018.  Scott was doing what he enjoyed doing most since he was a very young child, exploring wild life (snakes, turtles, other reptiles), and he was doing it with whom he most enjoyed doing it, his brother and best friend, Brian.  Born in Jacksonville, FL on April 4, 1977, Scott and his family moved to Vernon Hills, IL near Chicago when he was a year old.  However, Scott and Brian spent a few weeks each summer at “Camp Perry” -- their grandparents’ home on the north end of Guana Lake near Ponte Vedra/Palm Valley -- fishing, exploring and enjoying the wild life.  While in school in Vernon Hills, Scott excelled in Little League Baseball and played organized football and soccer.  When Scott was 13, his family moved back to Ponte Vedra where Scott and his brother continued fishing and “exploring” on many/most weekends since they lived close to “Nana and Papa” at “Camp Perry”.  Scott also played baseball and football for Nease High School.

Scott followed his brother to Georgia Southern University.  He was both a business major and a member of Pi Kappa Phi fraternity, as was his brother.  After graduating from GSU, both returned back to Ponte Vedra where each successively lived for about 5 years at their beloved “Camp Perry”, after their “Papa & Nana” passed in ’92 and ’96.  As a young man, Scott also equally enjoyed hunting in the south Georgia woods near his extended family near Bainbridge, GA and fishing for redfish and trout in the Intracoastal or Lake Guana.

Scott’s early career consisted of several sales and marketing positions in NE Florida.  A high point of Scott’s employment career was time spent in Israel while serving as manager of business development for Medical-Enterprise Development Group from 2006-08, focused upon developing and commercializing Israel’s medical technologies and devices in the U.S.:

http://m-edg.com/documents/SJV-Articles.pdf  -- see 3rd page for photo of Scott and Brian

Scott loved his family deeply and he is enormously missed and loved by them.  He was a great son, brother, uncle and a friend to many.  Scott is survived by his father and mother, John & Barb Perry;  brother and sister-in-law, Brian & Jennifer Perry;  nephew and niece, Chase & Kate Perry;  aunt and uncle, Mary Ellen & Jim Yale;  cousins, Jeff (Aly) Yale & Meredith (Cory) Head;  and a loving extended family of numerous aunts, uncles and cousins in south Georgia, Live Oak/Dowling Park, FL and Jacksonville.  And he leaves his dear Robin … she and Scott knew their story together was just beginning.

Scott was preceded in death by his grandparents whom he loved dearly, Carson and Bonnie Perry and Richard and Frances Edelen.

The Perry family is very grateful to Carlstedt’s Wholesale Florist for providing flowers for Scott’s service.  In lieu of flowers, memorial donations in Scott’s name may be made to the GTM Research Reserve:  https://www.gtmnerr.org/donate/