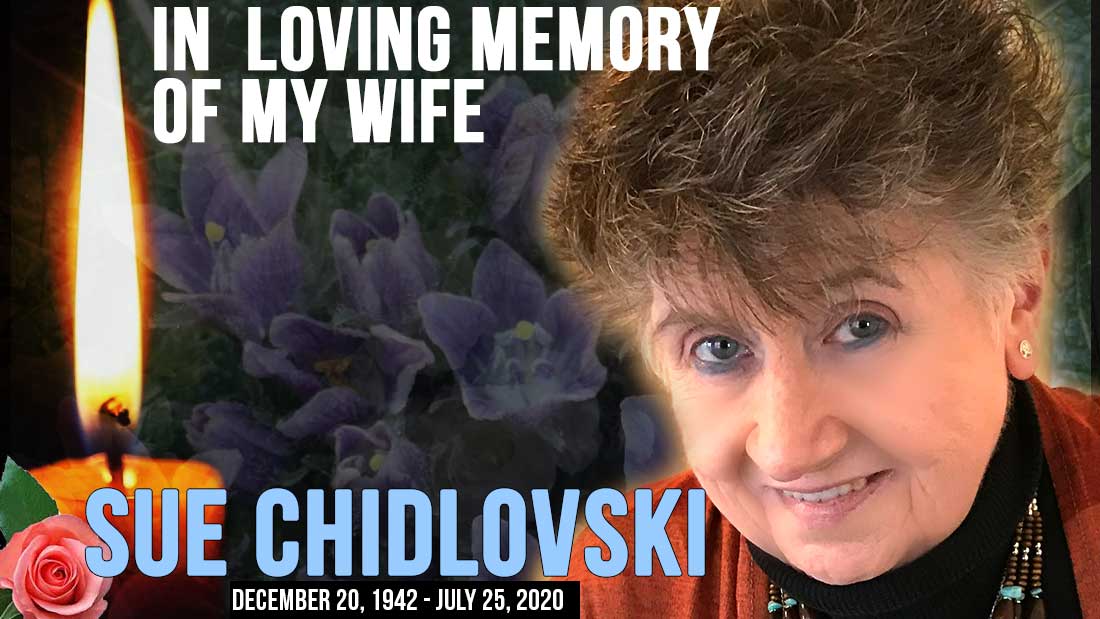 Sue Chidlovski, 77, passed away on July 25, 2020 in Ponte Vedra, Florida. She was the daughter of Lela Priscilla Clayton Stone and Glenn E. Stone.

A native of Monett, Missouri, Sue graduated with an A.B. degree from School of the Ozarks, Point Lookout, Missouri, BA degree from Drury College, Springfield, Missouri and received her MA Degree from Emerson College, Boston, Massachusetts.

Sue began her professional career as an elementary school teacher and later wrote as the society editor for several local newspapers in South Carolina and Massachusetts. During the years she directed, produced and tech-staffed numerous local theater productions.

She retired after 17 years from Emerson College, Performing Arts, Boston and lived in Winthrop, Massachusetts. In 2019, Sue and her husband moved to Ponte Vedra, Florida.

Sue worked as a stage manager when she met a playwright and actor Arthur Chidlovski of Moscow, Russia who performed with the Cabaret Glasnost at the Majestic Theater in Boston. Two years later in 1991, they married on the stage of theater where they met.

Sue published two amazing books - the “Home Again, Home Again, Jiggity, Jig” (2017), a book about her family, hometown and people she knew and the “Tree of Life” (2018), a story of two  Cherokee Indian women based on her family archives.

Sue is survived by her husband Arthur Chidlovski of Ponte Vedra, Florida, her daughter Melissa McCullough of Salem, MA, her brother Glenn Stone of Oronogo, MO, her sister Betty Gamache of Barnesville, SD and her cousin Janice Bowen of Pierce City, MO.

Services will be held at a later date. Please sign the online guestbook at www.pontevedravalley.com.