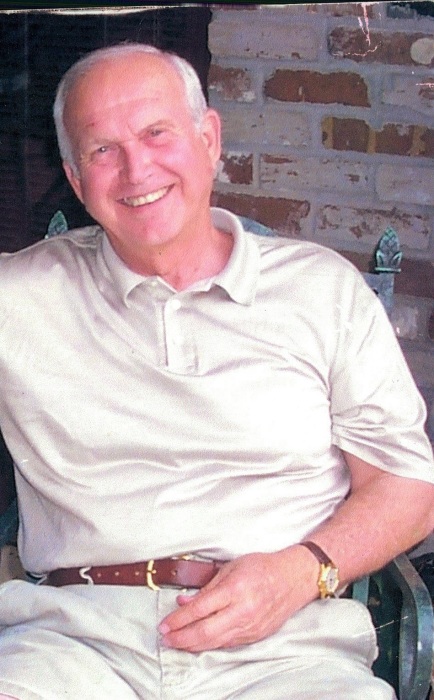 Thomas Jackson Thompson, Jr., 78, of Dunwoody, GA, left us on Saturday, May 13, 2017.  Tommy was a beloved husband and father, and is survived by his wife, Janet Safrit Thompson; two children, Susan Thompson Dabbs and Christopher Fasion Thompson; his sister, Rea Thompson Fleckenstein and brother-in-law, Robert Fleckenstein of Jacksonville, FL; son-in-law, Matthew Craig Dabbs of Whispering Pines, NC; daughter-in-law, Sarah Elizabeth Smith Thompson of Watkinsville, GA; five grandchildren, Thomas Patton Dabbs, Nathan Jackson Thompson, Robert Scott Thompson, William Edward Thompson, and Elizabeth Grace Thompson.  Tommy and Jane’s oldest son, Thomas Jackson Thompson, III, predeceased him.  Tommy was a football letterman for the University of Georgia under Coach Wally Butts.  He remained an avid supporter of Bulldog football as well as an accomplished fisherman and hunter, with travels throughout the United States and around the world.  After graduation from the University of Georgia, Tommy entered the U.S. Marine Corps Reserve, married Jane and began his sales career with Colgate Palmolive in West Palm Beach, FL, where he became the youngest regional manager and was promoted to corporate headquarters in Atlanta.  He was later recruited by Dow Chemical and became their national sales trainer.  After a successful career, he returned to Atlanta in 1971 and established Thompson and Associates as a manufacturer’s representative, until he retired in 2002.  In 2004, he established Custom Embroidery Logos until 2016.  Tommy was loyal to his family, friends, and country.  A Memorial Service will be held Thursday, May 18, at the Dunwoody United Methodist Church starting at 4:00 pm with a reception immediately following the service.  The family requests that in lieu of flowers contributions be made to the Blood and Bone Marrow Transplant Group of Georgia at Northside Hospital, Atlanta, GA, or St. Vincent’s Riverside Hospital Critical Care, Jacksonville, FL.