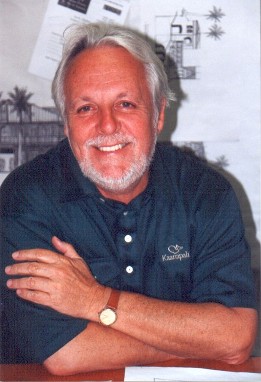 Tom was a gifted artist and storyteller and was an inspiration to so many people.

Tom’s career as an award-winning architect and designer of entertainment venues spans four decades.  He started at the Disney Studios in the early sixties, and continued with Disney’s WED Design Group through 1975 following the opening of Walt Disney World and expansions that included the Walt Disney Story, Pirates of the Caribbean and Space Mountain.  From 1976 through the early eighties Tom partnered with fellow ex-Imagineers in Orlando in two design companies, The Main Street Design Company and Studio Eleven, creating themed attractions and entertainment destinations.

In the late eighties he was on the Universal Studios Florida design team for the Earthquake and ET Adventure attractions.  His design firm TRA Architects was also selected as the architects, show designers, and construction supervisors for the Jaws attraction from concept through completion.

Tom returned to California in the early eighties where he was the creative design partner with audio-animatronic and special show action engineers, one of the first groups of its kind outside of Disney.  The firm created the concept, design and fabrication of the King Kong attraction for the Universal Studios theme parks in California and Florida.

Tom loved adventure, trains, flying, the Old West, and old movies. Nothing made him happier than sitting at his drawing board, listening to music and making magic.  Tom was a mentor to many.  He loved sharing his gift and collaborating with other talented artists.  Tom often made his family a part of his work- going to Disney on weekends and bringing them when he could to Japan, China and Germany.  Tom found magic in what some may consider mundane.  One memorable afternoon with his family was spent on a hot, dusty California day waiting to see a particular steam locomotive train make one of its final journeys – he appreciated that much more than Matt, Heather and Ann did.

In lieu of flowers, please consider making a donation in Toms name to the Herbert Ryman foundation for young artists.  www.rymanarts.org.  “Herbie” Ryman was one of Tom’s mentors.  Or please consider donating to an art program at a local school.

A Memorial Service will be held Saturday, September 14, 2019, 1 pm at Ponte Vedra Valley.