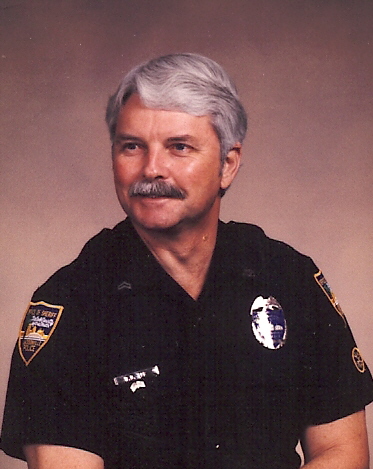 W. David Lee was a life long resident of Jacksonville, FL.  He was born on July 1, 1940, to Oliver Zenda Lee and Blanche Burney Lee and passed away March 16, 2010.  David attended DuPont High School and graduated from Gordon Military School in Barnesville, GA in 1958.  He followed in the footsteps of his father and uncle, Stanley Lee, by joining the Jacksonville Sheriff’s Office in 1961.  He served his community for 35 years, retiring as a detective.  David had a passion for traveling and loved adventure.  Riding his Harley, exploring the Southwest United States and spending time at his home in North Carolina were David’s most enjoyed pastimes.  He held his family and friends close to his heart and found much happiness in their time spent together.  He is survived by his wife of 25 years, Edwina; son, Charles David Lee (Lisa); daughter, Robin Jones (Kyle); sister, Peggy Robinson; grandchildren, Hunter and Kallie Jones and Amanda Lee.  In addition, David leaves behind two uncles, an aunt, many cousins and dear friends.  A celebration of David’s life will be held at 2 pm on Saturday, March 27 at Ponte Vedra Valley Chapel with Rev. Gil Witcher Officiating.  In lieu of flowers, donations may be made to The McGraw Hospice Center, 4715 Worrall Way, Jacksonville, FL 32224.  Please sign online guestbook at www.pontevedravalley.com.