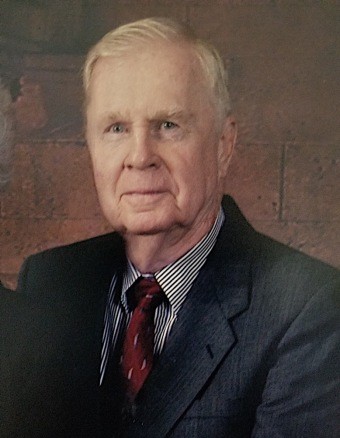 William Alton Taylor, passed away September 26, 2019.  He was born October 8, 1927, and lived 91 wonderful years, but was under Hospice care the last nine months of his life during his battle with cancer.

William was a proud Marine and a WW II Veteran.  He worked in the trucking logistics of the Hillenbrand Companies, and retired from Ryder Trucking Logistics in Miami, FL.  During William’s 33 years of retirement he enjoyed cruising, flight simulators, and Jigsaw puzzles.

He is survived by his wife of 55 years, Rita J. Taylor; three of his children, Dennis Taylor, Lynda Sparrow, and Lisa Wenzloff; his son, Bill Taylor, preceded him in death; brother, Robert Taylor.  William also had five grandchildren, and two great grandchildren.

A Memorial Mass will be held Thursday, October 3, 2019, 10 am at St. John Paul II Catholic Church in Nocatee.  Inurnment will immediately follow at San Juan Del Rio Catholic Church.  After the inurnment, at 12:30, there will be a lunch for family and friends:  Don Juan's Restaurant, 12373 San Jose Blvd., Jacksonville, FL 32223.

In lieu of flowers the family requests donations be made to the American Cancer Society or the Wounded Warrior Project.