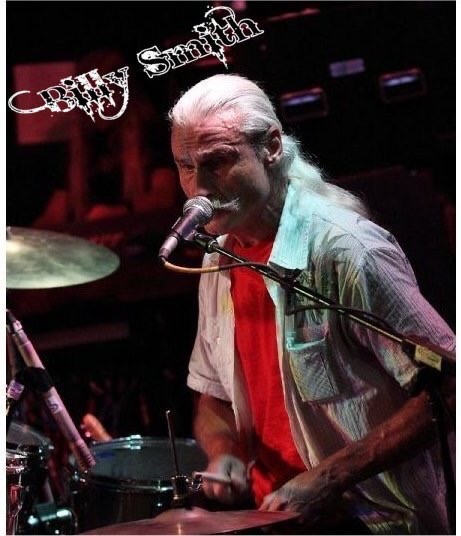 Billy was a professional musician and singer who grew up in Jacksonville Beach, graduating from Florida School for the Deaf and Blind in St. Augustine. Billy began singing and playing drums professionally at the age of 13, spending summers and weekends with his teachers opening for such acts as Ray Charles, Ray Bloch And His Orchestra, and Count Basie. After graduation, he moved to Rhode Island to raise his family, enjoying professional success in bands playing country, rock, Top 40 hits, and original music. In the 80’s, his country music band, Overland Express, released a CD ‘Sheets of Ice’ on the Warner Brothers record label. He relocated to Nashville in 1990 where he had the opportunity to work with Grand Ole Opry stars like John Connelly, Gene Shepard, Connie Smith, and Faron Young. He also played numerous times on the Ernest Tubb Record Shop Radio Show on WSM Radio. This led to work for his Western swing band, C.W. Swing, as a supporting act for artists Aaron Tippin, Holly Dunn, and Marty Stewart. Many years later he returned to Jacksonville where he continued to play in bands, including Tytus Hale, Cowford County Band, and Georgia Southern. The Tytus Hale band was popular in Jacksonville, Hilliard, and Lake City, and their dedicated fans would follow them to their various shows in the area where everyone would have themselves a ‘Tytus Hale time.’

Billy had a passion for music and often people never knew that he was blind unless he told them. He learned to navigate his way through a world that was not designed for people like him and he made it look effortless. He loved to sing, to play his drums, and he always told the best blind jokes. His kids were his world, always first in his heart – yes, even before his drum kit. He will be dearly missed by all who had the extraordinary luck to know him.

Considering the current events in the world, a memorial service celebrating his incredible talent and exceptional life will be scheduled later.