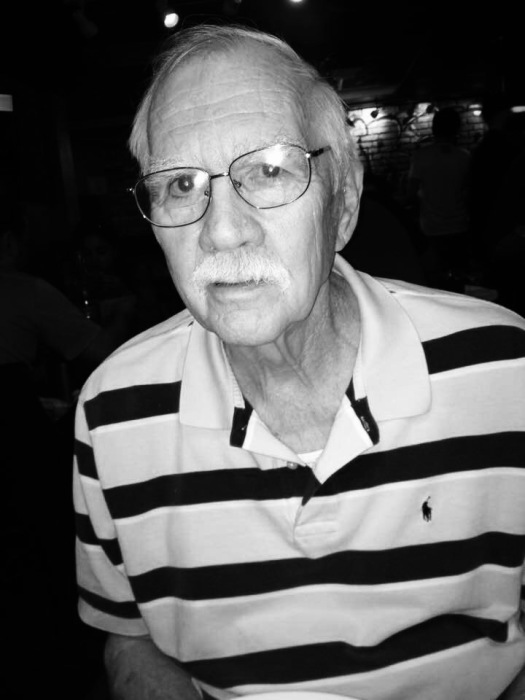 William (Bill) Linton Meason, Sr. was born on October 15, 1930 in Sunnyside, Georgia and left this earth for his heavenly home on November 7, 2016 in Ponte Vedra, FL.

Bill lived a full life raising 5 children who produced 14 grandchildren and many great grandchildren. His life was always centered around his family, from going to his sons’ high school football games, taking his daughter and granddaughters to horse shows, or teaching his kids the fine art of chasing fire trucks.

He graduated from Fulton High School in 1948 and joined the Marine Corps which provided experiences that served as fodder for stories he would tell for years to come.  He loved his time at Camp Pendleton in California and when he was discharged he went to Oregon to work as a logger. He was always happiest when he could be in the big outdoors.

Upon his return to Atlanta he met Martha Irene Jaillette at the Lakewood Roller Skating Rink (in Atlanta, Georgia) where they danced as a couple. Not long afterward, he married Martha, started their family and embarked on a 60 year marriage that lasted until her death in 2013.

Bill had a 22 year career at General Motors in the Lakewood plant rising to the position of Process Engineer.  He attended Georgia State University at night while raising his children. After retiring from General Motors, he bought a dry cleaning business on Lavista Road and operated it for 20 years. Many of his customers became his friends.  He helped employees in many ways, including giving a car to an employee when hers broke down.

In 2006, the family acquired a horse farm in Conyers which became the site of many wonderful festivities. He loved to drive around the farm on the “gator” or roam the pastures looking for Lendon and Albert to give them treats over the fence.

Other than the people in his family he also and always loved his pets.  He loved all animals but Luna, his Westie, was his little princess. He cared for her for the past 9 years. She was a special comfort when Martha passed away in 2013.

Bill also loved sports, which he played when he was young and followed fervently in his later years, with the Georgia Tech Rambling Wrecks and Atlanta Braves holding a special place in his heart.

Bill was one of five boys born to Josie Mae and Herbert Meason: Herbert, Jr. (deceased), Eugene, Thomas (Tommy) and Robert (Bobby).  Bill told many stories about the adventures, pranks and stunts of five active boys passing their time in yesteryear’s Georgia.

His five children, Walter (Skipper) (deceased), Charles, Joy, William, Jr. (Bill) and Patricia (Patti) each had their own special relationship with this principled man. He was one of the sweetest and kindest persons one could meet. One of the original “joggers” and physical fitness buffs, he ran the Peachtree Road Race for many years and many other 10K runs.

Country music was a love Bill Meason shared with his special granddaughter, Marti. He loved to sing and loved to hear her sing.  She sang by his bedside in his final hours. He especially loved Eddie Arnold, Johnny Cash and Emmy Lou Harris. Willie Nelson invited him onstage at a concert to give him his guitar pick because he admired Bill’s “Marine Veteran” hat.

In his final stage of life, he suffered from Lewy Body Dementia. During this time he resided at Arbor Terrace at Ponte Vedra, an Assisted Living for Memory Care Community, whose professional staff assured that Bill had a wonderful home away from home.  Many thanks go to the staff and the other caregivers, especially Tiffany Davis, who helped him through his final year.

A memorial service will be held graveside at Fairview Memorial Gardens in Stockbridge, GA on Sunday, November 20, 2016 at 2 PM. In lieu of flowers, the family asks that contributions be made to the Lewy Body Dementia Association, 912 Killian Hill Road, SW, Lilburn, GA  30047 or www.lbda.org/donate.