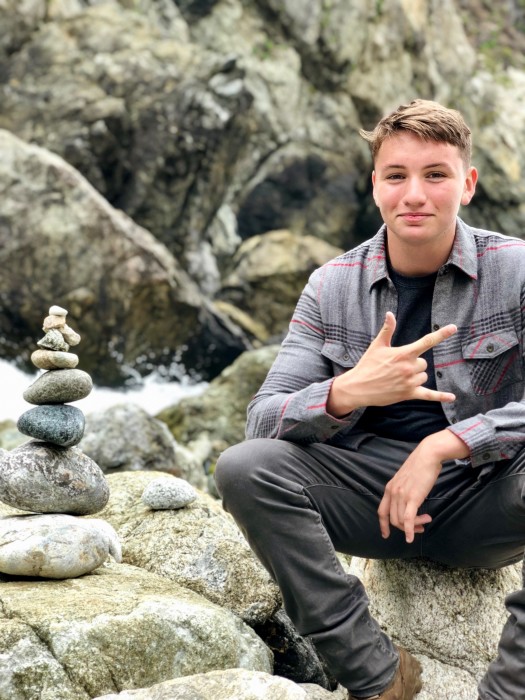 Zander Javier Laurin, 16, of Ponte Vedra Beach, died May 22, 2019, while on an early morning run preparing for a tough field operation training in Iowa. He was struck by a truck that veered out of its lane. He was born March 18, 2003, in Indianapolis, IN, the son of Eric Laurin and Anna Pirgousis. He was a sophomore at Ponte Vedra High School and was a beloved member of the Varsity Wrestling Team. Zander was a Petty Officer in the U.S Naval Sea Cadets Corps, a member of the Cadet Dive Team, and was set to complete his Rescue Diver Certification this summer.

Zander was the embodiment of altruism, and the definition of magnanimous. He had over 200 hours of volunteer service that he didn’t submit for credit because for him it wasn’t about the credit, it was about helping others in need.  He loved and lived with his whole heart and in return he had the love of countless others. Zander had an uncanny ability to connect with all he met in a unique and positive way. His personality lit up any space he occupied, his laughter was infectious, and his empathy knew no bounds. He had a strong sense of self, embraced his unique identity and was unwavering in standing for what and who he believed in. Zander was a firm believer in organ donation, and we honored those wishes. He will live on through others.

Family, friends, and others whose lives Zander touched are invited to the Ponte Vedra Valley Funeral Home in Ponte Vedra Beach, FL, from 10 am – 2 pm on Sunday, May 26, 2019, with a funeral service to follow immediately.

In lieu of flowers or food for the family, if you would like to honor Zander, please donate to K9's for Warriors Ponte Vedra in his name. Zander counted down the days until he would be old enough to volunteer for K9's for warriors. It was a source of joyful anticipation and was the one goal he had not yet achieved.